I started this series on Sensormatic Hard Tags based on a news story I came across about a group of three people who had formed an Organized Retail Crime group. The group was caught and police recovered over $100,000 in merchandise but the overall impact to stores in the area over a 5-year period was estimated to be between $5 and $9 million dollars. The group had others stealing for them and then they would sell the merchandise at a discounted price at a flea market. As a former Loss Prevention Manager I have dealt with Organized Retail Crime groups and I know first-hand the financial impact they can have on a store. Loss Prevention Systems, Inc. (LPSI) founder Bill Bregar also knows the financial drain these organizations can place on a store. As a former Director of Loss Prevention for several major retailers Bill has had to find the resources that can stop shoplifting. LPSI focuses on helping small and medium sized retail businesses that can’t afford a Loss Prevention team find a solution to theft issues. One of those solutions is to use Sensormatic tags on merchandise to stop all types of shoplifting, including ORC groups.

I know what you’re thinking, “A tag is going to stop shoplifting and keep an organized crime ring from stealing me blind?” I won’t go so far as to say they will stop shoplifting completely, there is always going to be a knothead who is going to gamble being caught stealing if there is a promise of quick money for a drug purchase. For the most part shoplifters and even the drug addicts who are the key to the operations of organized crime groups, don’t take unnecessary chances. Sensormatic hard tags are recognizable by nearly everyone and criminals absolutely know what they are and how they work.  Crooks know that trying to steal merchandise with one of these tags attached is a good way to go to jail and that is NOT the place a drug addict wants to be when the urge hits. Sensormatic products deter shoplifters through their visual impact and the alarms they cause when tagged items are carried close to electronic article surveillance towers.

While some of those reading now may have a better understanding of the benefit of using Sensormatic hard tags and why ORC activity is a concern there are some who are still skeptical. I have a few statistics to share that may change the minds of those doubters. According to the National Retail Federation 2017 Organized Retail Crime Survey:

• 94.6% of surveyed retailers believe their company has been the victim of organized retail crime this year (pg. 5).

• Responding companies report an average loss of $726,351 per $1 billion dollars in annual sales volume due to ORC activity in the past 12 months (pg. 5).

If this information does not convince you that ORC poses a threat to your business then let me give you one last bit of information from pg. 10 of the report. The authors write, “98.5% of responding retailers said ORC gangs are just as aggressive or more aggressive and violent when compared with last year.” Not only does an organized crime group cause financial losses to a store, they pose a safety risk to store employees.

Preventing all theft is important and store owners should be concerned with putting a stop to it. Preventing theft by Organized Retail Crime groups is even more important because they aren’t doing it for the thrill, they are doing it for the money. The fact that they are becoming increasingly more violent and aggressive only compounds the problems they cause store managers. Protect your merchandise with Sensormatic hard tags and make criminals think twice before they bother your store.

What is the purpose of a Social Trace?

Question: What is the purpose of a Social Trace?

Answer: A Social Trace looks for addresses associated with the Social Security Number. These addresses provide what states to be searched for possible criminal records. An applicant can have a clean record in the current state of residency and have a criminal history in another state.

For additional info on Checkpoint Systems, go to the website atwww.LossPreventionsystems.com or call 1 (770) 426-0547.

Why should’t I do background checks myself? 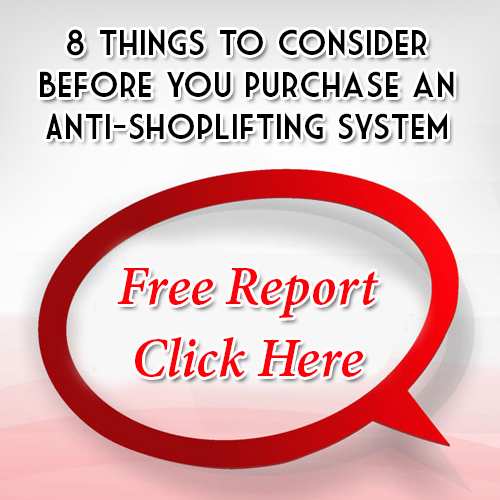 Order The New Book
"Protect Your Store!: The Shoplifting Prevention Guide For Small To Medium Retailers"

Be the first to know about our new tips on uncovering shoplifting, employee theft and other business loss areas.